Hybrid Working: Why you Should Let your Employees Decide When to Come into the Office

The Covid-19 pandemic has been arguably the most influential international event of the 21st century. It has impacted almost every facet of daily life, to the point where it has significantly altered the way we perceive and employ every day tools, such as communication and public transport. The workplace is one of the many facets of daily life that has been forever altered by the pandemic, with our general perceptions of what a workplace should and should not be having been changed completely.

Is Hybrid Working the Answer?

Now, following an eighteen month period of great uncertainty, it finally seems that the final stages of this cataclysmic event have arrived. As workplaces across the country undergo the process of returning to ‘normalcy’ (or at least a form of normalcy), employers face the obstacle of enticing employees back to physical offices. It must be stated that even though health concerns and fears have been eased significantly over the past few months given the roll out of vaccinations, there still remains a section of the workforce that are hesitant to return to the office. This is perhaps unsurprising, however it does raise the question of what employers can do to combat employee restlessness. Perhaps the answer is a style of working that has grown in popularity over the past eighteen months – hybrid working.

Given the unprecedented nature of the events that transpired over the past year and a half, businesses worldwide had to deal with obstacles they had never encountered before. Serious changes were required if they were going to survive the onslaught of Covid-19, and many organisations and companies embraced remote working. This style of work saw employees leave their offices in favour of operating from home, full-time on a temporary basis, in the hopes of avoiding possible health hazards. This was the first time many employees had ever shifted their work bases to their homes in such a way. 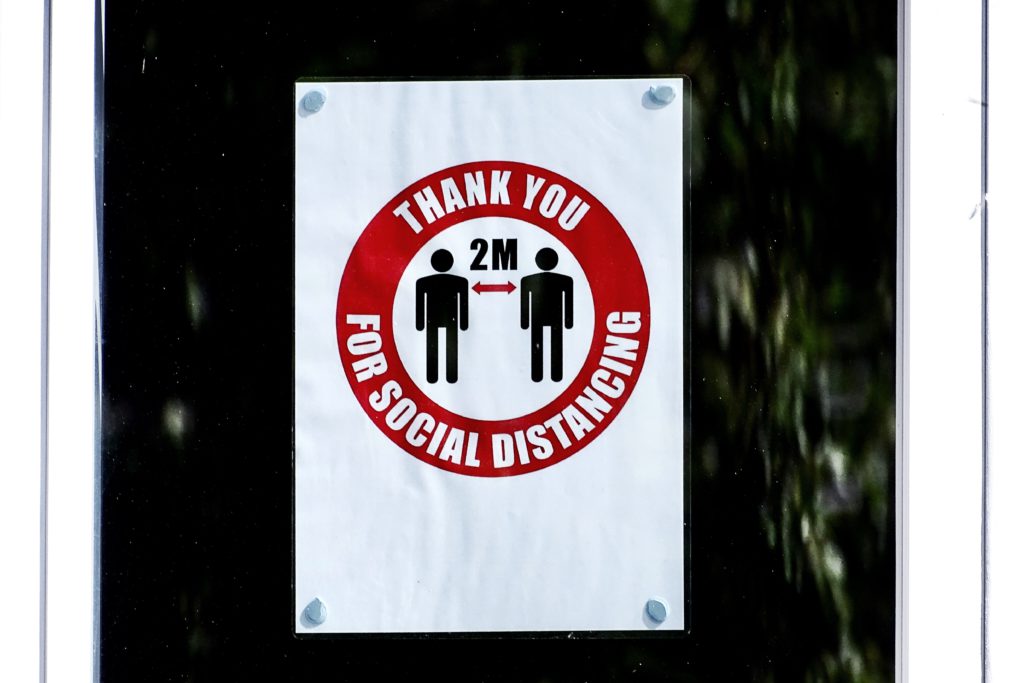 Despite the initial uncertainty surrounding the remote work system, it went on to prove a resounding success within in the Irish workforce. Many now had more time to attend to their family needs, finding a greater balance between personal and professional obligations. Additionally, working from home meant that millions were able to eschew commuting costs. This not only allowed for employees to save large amounts of income, but it of course also proved environmentally beneficial. As reported by the Irish Times, a May 2021 survey conducted by NUI Galway reported that an incredible 95% of workers asked said they wanted to continue operating in some form of a remote work schedule.

Of this 95%, 53% said they would like to work in a hybrid system, working several times a week from home, while spending the rest of the work week in the office. However, the survey also noted that remote working was significantly more popular among employees than it was among managers and leaders etc.

Is a full-time return to the office practical?

Considering the popularity of remote working and its many advantages, it seems rather unrealistic to assume that employers are going to be able to convince employees to return full-time to the office. In fact, even the thought of employees having to go back to the offices is an idea that maybe leaves a sour taste. Why should employees be forced to return to their offices in just as sudden a manner as they were forced out back in March 2020?

Over the past eighteen months, employees have gotten so used to working from home that any abrupt disruption to this schedule may result in the decline of effective work done. Additionally, while the numbers of those vaccinated continues to rise every week, the fact still remains that there is plenty of uncertainty surrounding the health safeties in the workplace. In light of all this information, it seems pursuing a hybrid work style seems the most favourable option, a mix of home-based and office-based work. 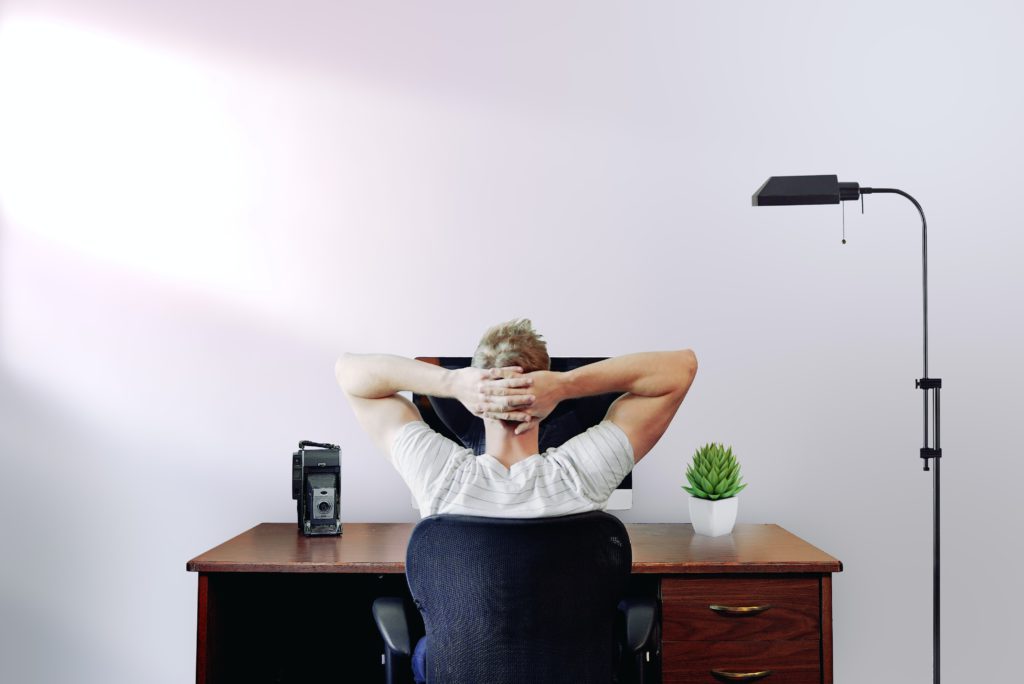 Taking a look at the uncertainty and instability that characterised the past year and a half gives one a clear idea of why it is important to keep employees satisfied. In aftermath of the Covid-19 pandemic, keeping employees satisfied is more important now than ever before. However the impending nationwide return of workers to their workplaces has the capacity to derail this idea completely, as it seemingly ignores and dismisses the voices of workers around the country. The popularity of hybrid and remote working though cannot be ignored. If the impending nationwide return is accompanied by the gradual installation of a remote work schedule, it would go a long way to enticing a restless workforce back to ‘normalcy’.

But what does a gradual installation of a remote work schedule entail exactly? What it could entail could be three days of the working week dedicated to the office, while the remaining two based at home. In light of evidence that suggests the differing feelings towards remote working, a hybrid work system seems the best possible solution for employers and employees in the foreseeable future. 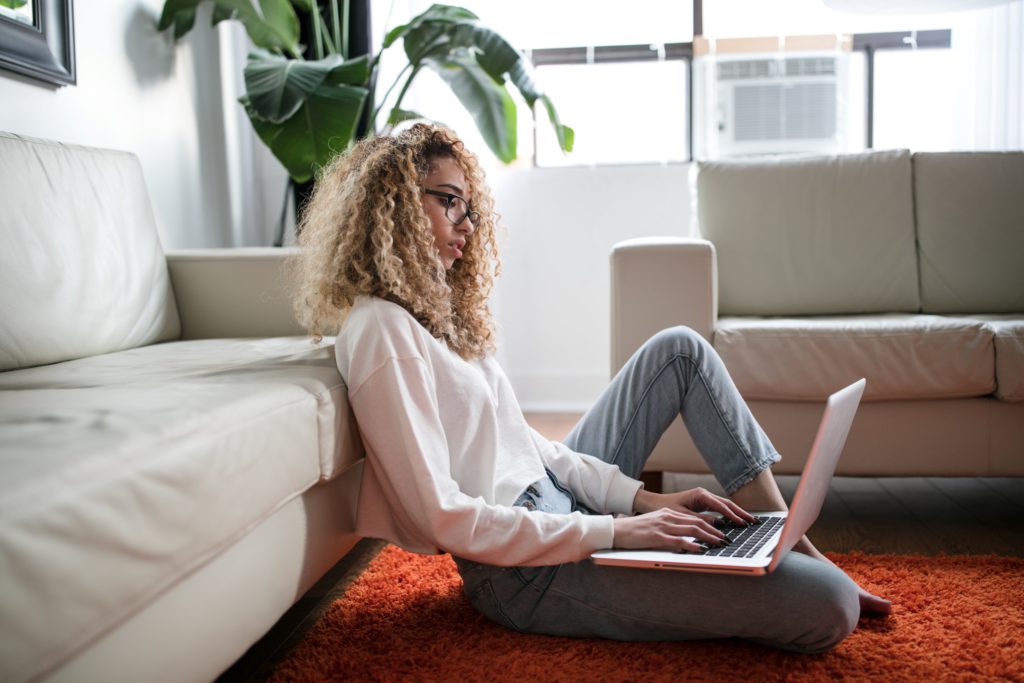 While employees may be keen to continue remote working in order to reap the benefits of less commuting and increased time to deal with their family obligations, it must be stated that there are also disadvantages to this style of work. These disadvantages may potentially go on to negatively affect the performances of some employees. For one, it was noted by many that communications between employers and employees were significantly impacted.

With the abrupt and sudden changes, businesses found themselves being forced to rely on mediums such as Zoom and Microsoft Teams for their communications. This was the first time many employees had ever encountered this style of communication, and many found its format difficult to keep up with and utilise. There is only so much that can be achieved on a Zoom or a Teams call – managers and leaders alike may find it difficult to properly motivate their employees in times of uncertainty.

In an office space, employers have the benefits of being in close contact with their employees. By adhering to social distancing and necessary health protocols, employers can successfully re-establish an effective communication line that allows for employees to be better kept in the loop regarding future company plans, etc. By being in close quarters, the need to arrange meetings days and weeks in advance will be eliminated. Employers will be able to have one on one talks with their employees at any point during the working day, allowing for communication levels to rise once more.

The success of these one on one meetings will rely solely on a manager’s desire to motivate, instead of technological functionality. By being present in the office, employees who previously found it difficult to operate mediums like Zoom and Teams will be able to better voice their ideas and opinions, reducing the possibility for feelings of marginalisation among certain members of the office.

With a hybrid work style, employers may be able to keep their employees fully satisfied without incurring any of the disadvantages of remote working. A schedule that would see employees working at home for two days a week, and entering their office for the remaining three days of the working week could prove highly fruitful. Maintaining employee satisfaction following the extreme uncertainty of the past eighteen months should be a high priority for managers and leaders of the workplace.

It is important to note that employers were not the only ones affected heavily by the closure of offices in the immediate aftermath of the spread of Covid. Employees were also affected, perhaps even more seriously. Many lost their jobs, while many more lived in persistent fear that they would lose theirs too. As these employees return to work for the first time in months, a sense of luckiness will also be balanced by a sense of unrest. Hence, why compromising to accommodate the general desires of a recovering workforce is more important than it may initially seem.

However, the quality of work done does not have to suffer with this change-up. Employers can still accommodate their employee demands without risking a collective work decline by doing certain things. We have have took the steps in creating a hybrid/flexible working app called Ronspot. This is a user-friendly app that allows for employers to efficiently manage their employees by effectively monitoring them and the work hours they complete. This app would be an ideal addition to a hybrid work system, as it would allow for managers and superiors to ensure their employees are not taking advantage of a home-based work hours, eliminating the potential for indolence and complacency.

More importantly, given the aforementioned statistics that indicate employers’ dissatisfaction with remote working, careful usage of this Ronspot app could successfully eliminate this displeasure. The potential the app has in installing widespread contentment within employer circles regarding this new style of working cannot be ignored, and use of apps such as these could effectively ensure the success of a hybrid workforce for the foreseeable future, satisfying both employers and employees alike. 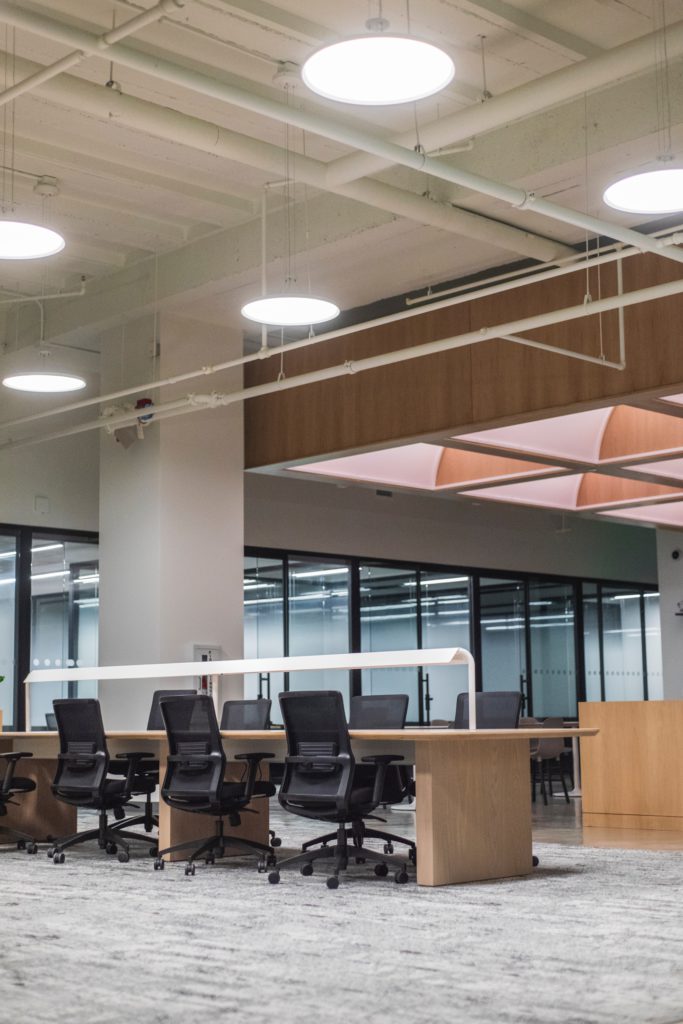 Ronspot are a company that understand the changing landscape in the workplace. That is why we have created the Ronspot Desk Booking System. Like our parking reservation system, this mobile app is user-friendly, and could prove hugely beneficial to office-based work. With this app, employees can reserve desks in their respective office spaces on any particular date, as far as six months in advance. Once a space is reserved, it is unable to be booked by anyone else, essentially quelling any vague possibility for the spread of Covid-19.

As stated, effective employment of our Parking and Desk Booking apps could potentially ensure a safe road within the new workplace. As we navigate our ways through the seemingly final stages of this pandemic, we can look back on the changes that have occurred within the workforces, and how they have improved our workplace. Through the uncertainty and instability, out from the aftermath has emerged a workplace potentially stronger than ever before. One poised to value the working man and woman more, one poised to yield greater employee satisfaction, and one poised to maybe see greater employee performances as a result.

If Ronspot is a solution that could help your organisation, why not book a demo today. Speak to our team and see how we can help you. Choose a date and time that suits you in our calendar below for a quick call about Ronspot.

Set up a 100% free demo session today to learn how the Ronspot App can transform the well being of your employees.
We will walk you through the app, show you how it works and help you craft configurations in a way that best benefits your organisation. 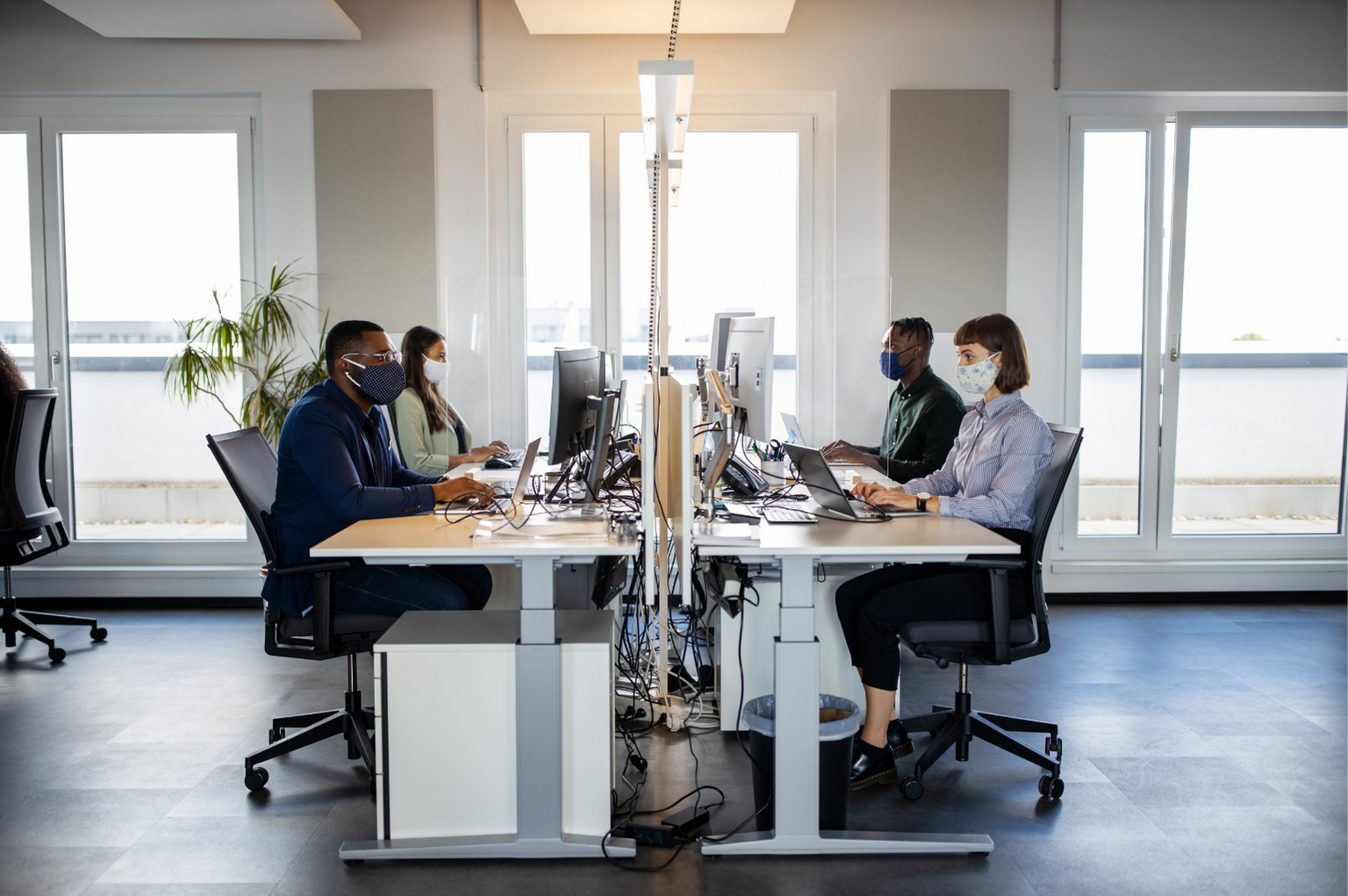 On the 20th of September employees across Ireland will be allowed to return to the office gradually. The Irish Department of… 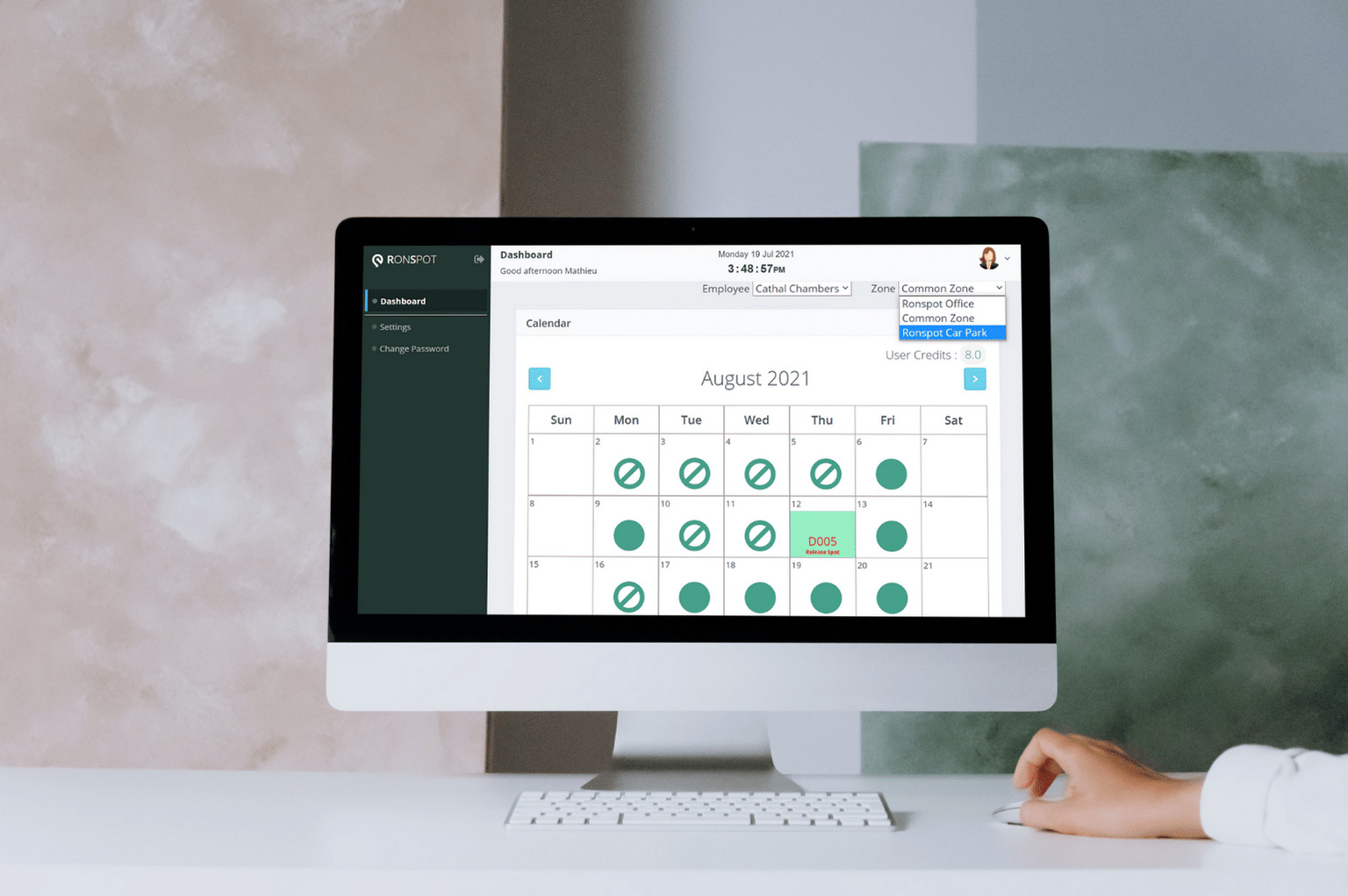 The growth of hybrid working (aka flexible working, flexwork, blended working etc.) has changed the way we work. Employees want… 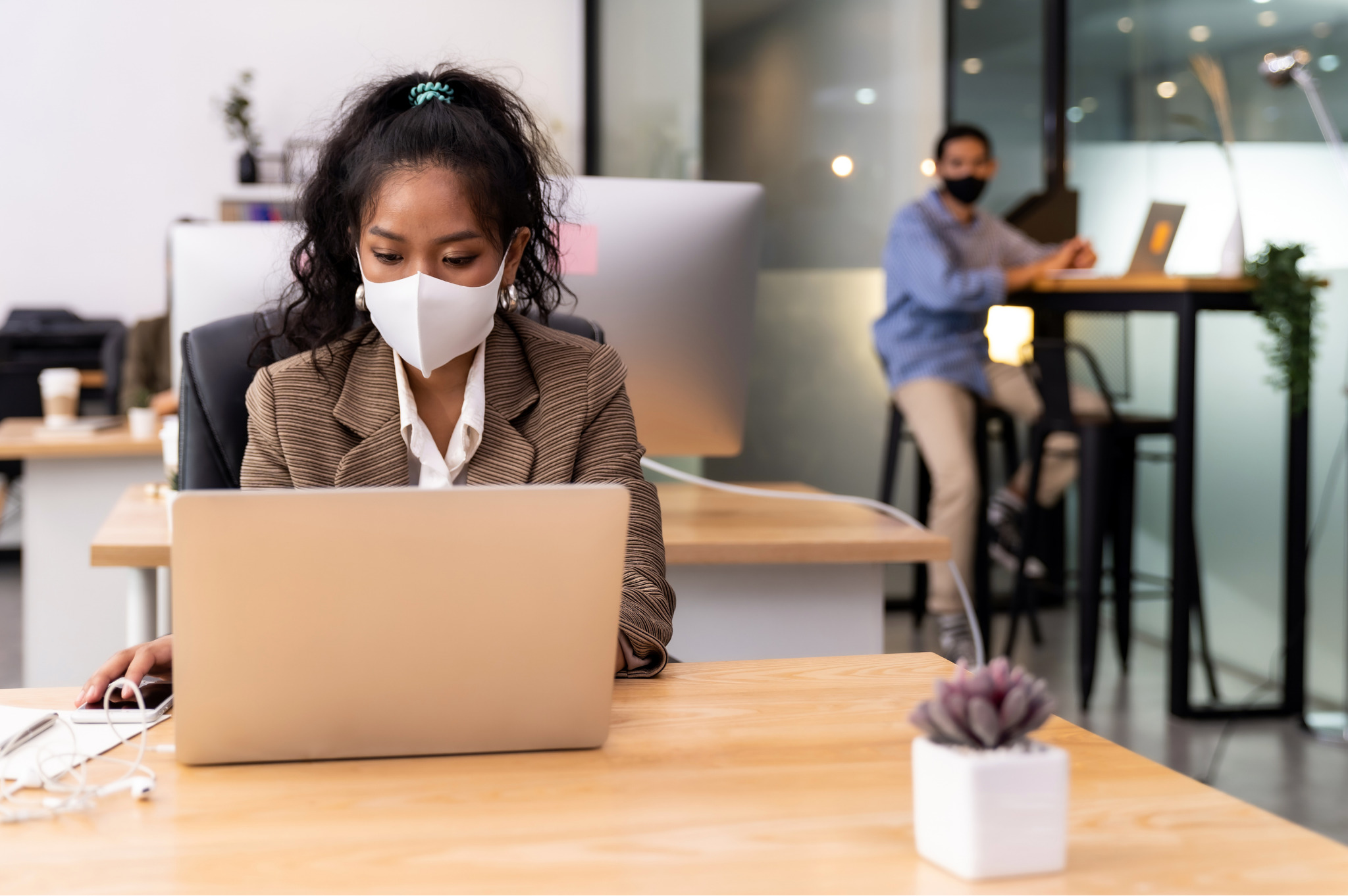