Increase your Office Parking Efficiency with a Parking Management App

Urban areas in the modern day are plagued by serious parking issues – there is no other way of putting it, and quite simply, there is no point in sugar-coating it. A shortage of parking spaces, high parking tariffs, and traffic congestion are just some of the pieces of evidence proving this sad situation. Car ownership has increased rapidly in both developed and under developed countries over the past couple of decades, causing a severe discrepancy between parking supply and demand. However, a number of additional factors have contributed to this imbalance, mostly to do with planning and a lack of foresight. Ineffectual planning of land use and miscalculations over space requirements are arguably the two most notable that have led to this issue. In other words, the main issue is parking mismanagement.

Rapid population growth is another factor that must be considered. Cities worldwide are preparing for this, and, in many ways, it has caused the issue of parking to be somewhat dismissed in light of more serious problems. A number of cities throughout Europe have begun adopting the trend of reducing minimum parking requirements for developers, in the hopes of decreasing car dependency for environmental reasons. However, this in itself is a problem when one takes into account existing infrastructure, highlighting the need for a parking solution that results in consumer satisfaction and efficient utilisation of parking spaces. 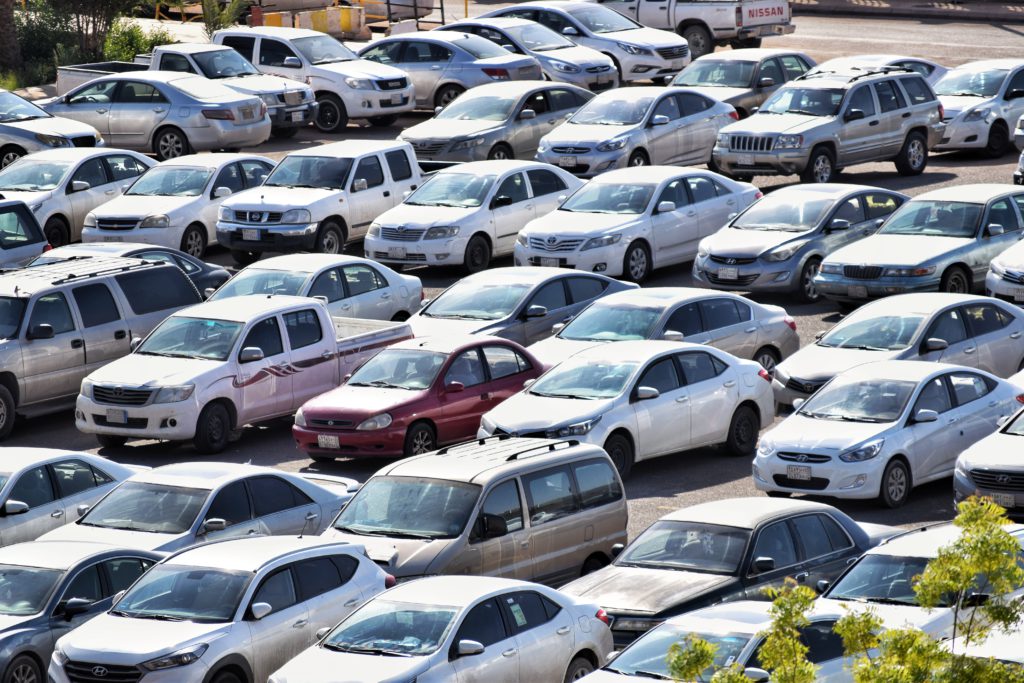 Parking mismanagement brings its numerous disadvantages, with many of these often indirectly impacting other aspects of public life negatively. Not even taking into account the environmental impact, but even going further than that and looking at the everyday implications for employees. Looking for a parking space first thing in the morning has serious potential to dampen any enthusiasm an employee may have when he or she gets out of bed in the morning. A passion for work is all well and good, however passion can easily be derailed by the issues of daily life.

Drivers are often left searching for elusive spaces for hours and hours on end, moving between different parts all over town. Often times, drivers will park in illegal spots, leading to unwarranted fines or cautions that are not necessarily their own fault but just acts of desperation. In many other cases, drivers will often just leave and forget about trying to find anything, leading to difficulties if an employees’ work is city based, in an office space or another physical environment.

This reality is even more frustrating when one takes into account the fact that there are plenty of parking spaces available in most cities. If we look to the United States for example, reports indicate that Philadelphia boasts over 2.2 million parking spaces, while New York City contains over 1.85 million. Yet these cities are also plagued by their own parking issues, evidencing that the overall problem lies in mismanagement of land and ineffective planning of usage.

A lack of knowledge about where parking spaces are available is a serious issue. Parking management is all the more easier if one takes to using a reliable, user-friendly app that shows the real-time availability of parking spaces around the city. That is why we at Ronspot have taken the steps to creating such an app, and we believe that it has the strong potential to curve such mismanagement and hopefully lead to a more productive parking situation in urban areas worldwide.

With our Parking Management System, we at Ronspot have made a simple mobile app that allows for employees to book and reserve parking spots. By using this app, it is within the employees hands to control their parking schedule, they have the power to book where they park, and for how long they will be parked in that space for, depending of course on the availability of such parking spaces. 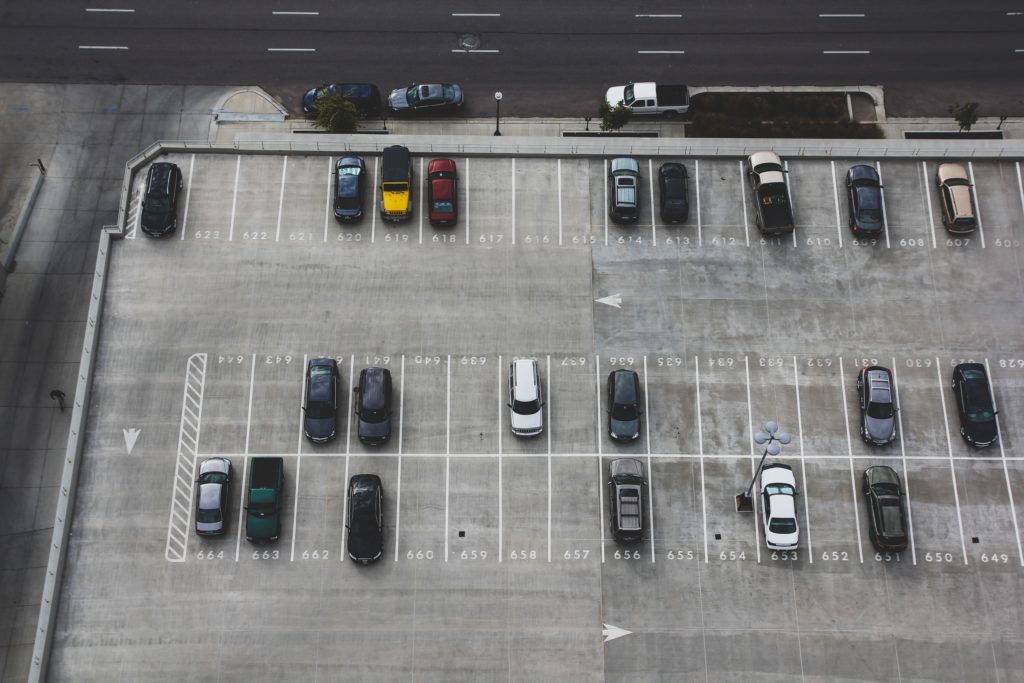 As stated, this app is very user-friendly. When someone opens it up on their mobile phone, they will be greeted with a calendar showing available parking spaces. A person can book any available space as little as 90 seconds or as much as 90 days in advance. With a simple tap of the live calendar, a parking space is booked.

After reserving a space, this same space is soon removed from the app, as it is no longer available for someone else to book. Employees can view the bookings made by their fellow colleagues. If the worst happens and an employee discovers someone else parked in the same spot they reserved in advance, they can use the app to flag a violation to let the person taking the reserved space know. The Ronspot app will then immediately and automatically assign a new available parking spot to the employee, presenting a quick fix to an all too common issue.

By giving the power to employees who need it, a greater enthusiasm for work will also be achieved. Too often are drivers and workers paralysed by events out of their control, e.g. the availability of parking spaces, traffic congestion (which often times is a result of one another). As stated, no matter how enthusiastic an employee may be when he or she gets out of bed in the morning, it is hard to stop issues such as these from dampening one’s passion. Through using the Ronspot parking app, workers will be able to mostly steer clear of these pitfalls, allowing for the most common of threats to work enthusiasm to be avoided. 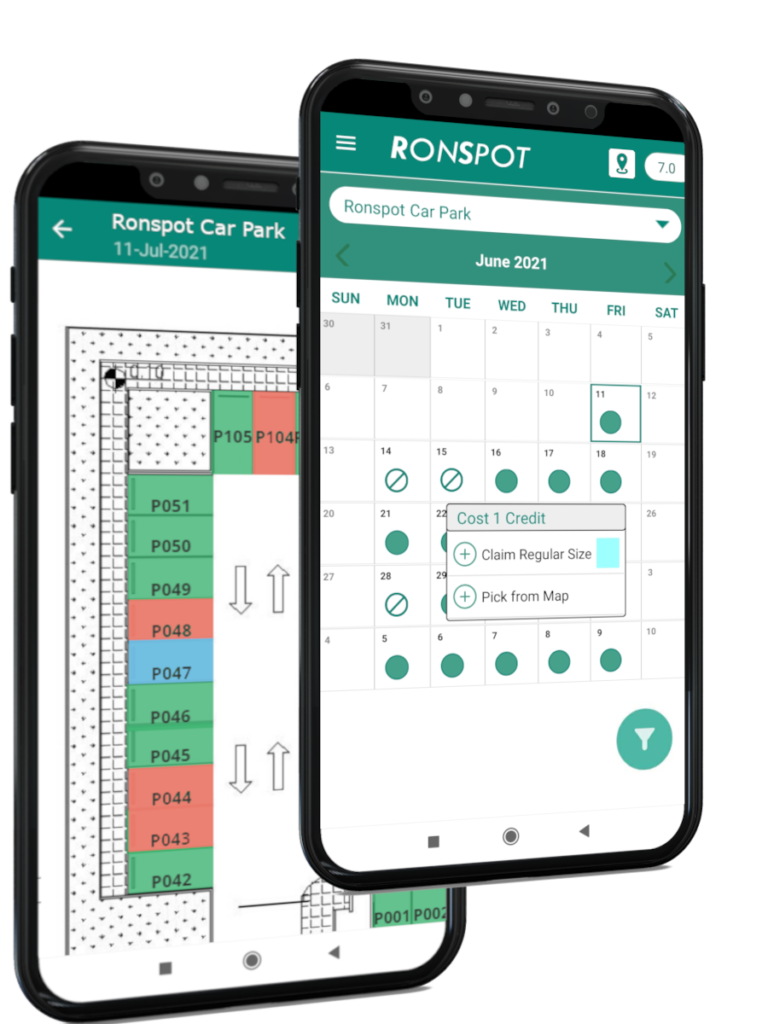 Ronspot has many features that are designed to ensure maximum occupancy rates. Features such as:

These features are designed to maximize occupancy. So much so, that the Department of Health were able to increase the occupancy from 50% to 100% on most days. Not to forget, a 75% reduction in the teams workload. For SSE in Scotland, Ronspot manages 1,200 parking spaces and saves employees 20 minutes on average each day trying to find a parking space.

Effective management of the parking system has the potential to reap serious rewards. Given the fact that a great number of parking spaces are not being used, a system that properly distributes them efficiently will lead to greater amounts of profit made. In light of urban parking issues, drivers and workers looking for spaces are more likely to pay for a space knowing that it will be there and secure for a period of time, a far more preferable option than circling around the city looking for something that may not even be there, and only will be if they are extremely lucky.

It is worth pointing out the impact parking mismanagement potentially has on the general reputation of a city. Disjointed and disorganized, a bad parking system has the capacity to dissuade people from travelling to a city with such issues, issues that (as has been established) are unfortunately all too common in the modern urban world. With the use of the Ronspot Parking app, effective management of the parking system is all the more achievable, and increased revenue can be generated from travellers and tourists who are a lot happier to visit a city or an area where there exists greater parking possibilities.

Interested in learning more? Book a demo with our team below and see how Ronspot can help your business. Increase your parking efficiency today.

Set up a 100% free demo session today to learn how the Ronspot App can transform the well being of your employees.
We will walk you through the app, show you how it works and help you craft configurations in a way that best benefits your organisation.

Next Post
COP26: What does the UN Climate Conference mean for your Business?
Previous Post
How Much Time is Lost Planning Office Schedules Each Week? 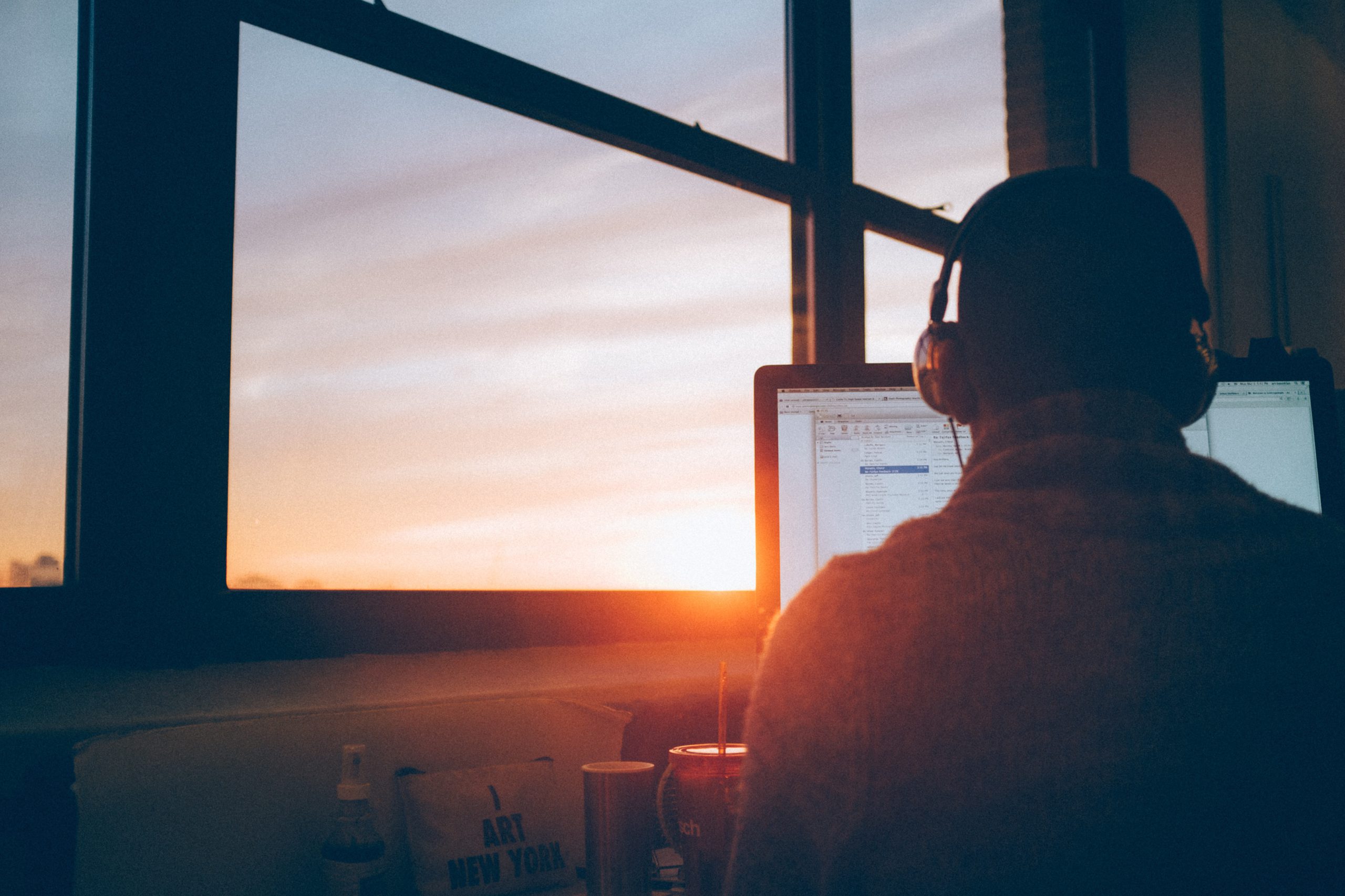 What are the Advantages of Using a Remote-First Work Approach

It’s one of the most oft-repeated terms of the past eighteen months – remote working. The world as a whole… 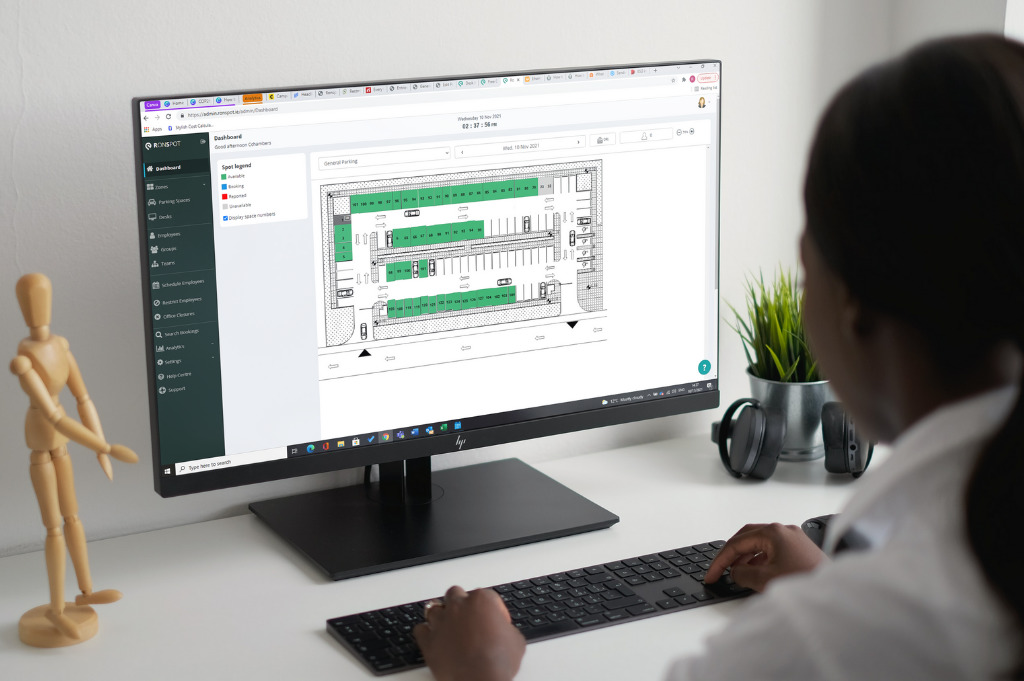 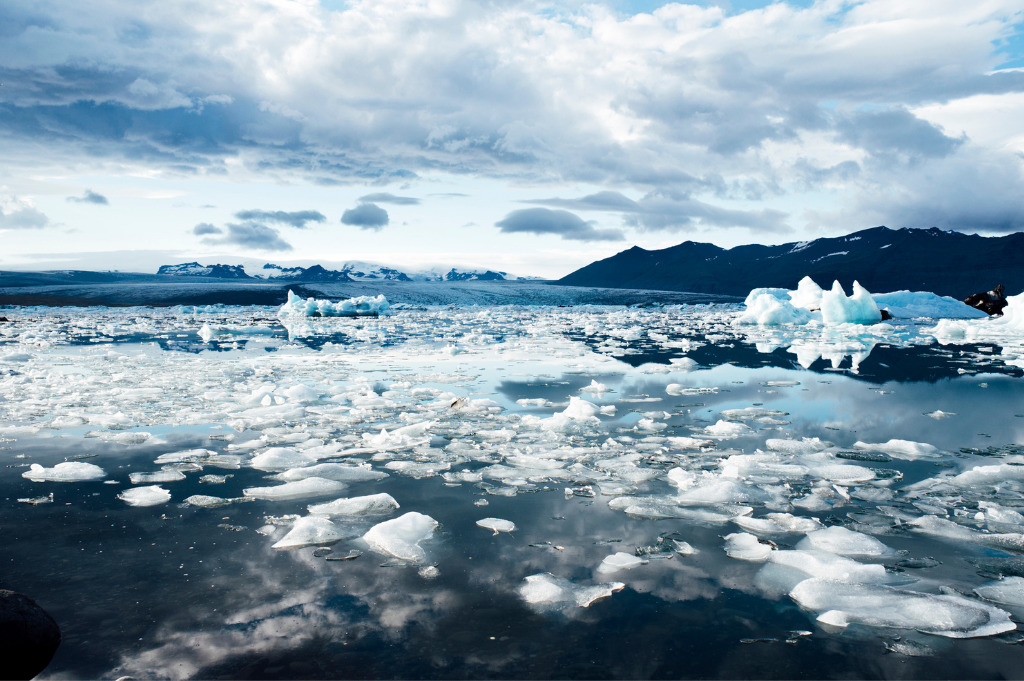 COP26: What does the UN Climate Conference mean for your Business?