The “Return” to the Offices: The New Workplace

The unprecedented amount of change caused by the outbreak of Covid-19 cannot be understated. Almost all aspects of everyday life were impacted irrevocably. While many daily facets were transformed irreversibly, others were removed completely from all future public plans, given the sudden and unexpected spread of the virus. However, no aspect of everyday life was more affected than the workplace. From the ways we work to the places where we work, the general concept of the workplace has been transformed so greatly that a pre-Covid work environment seems almost a distant memory at this point.

For so long, the future of the workplace seemed steady and predictable. As the years would progress, companies nationwide would grow increasingly open to using ever-advancing technology. Simultaneously, greater emphasis would gradually be placed on increased cybersecurity. However, the sudden and unwelcome arrival of Covid-19 has thrown the future into complete and utter disarray. Being forced to confront this unknown danger, businesses worldwide found themselves having to act immediately. All previously envisioned future plans were rendered obsolete, put on hold or discarded entirely. Almost all finances, resources and brainpower went into combating this unknown virus, and adapting to the unprecedented situation that had arisen. This included fast tracking security measures to allow staff to work remotely.

Now previously uncommon terms like flexwork and hybrid working have become mainstays in office conversation. A new workplace is on the horizon for many employees.

The frantic nature of the changes imposed by employers and facilities managers nationwide of course had its downsides, despite its necessity. Worldwide, millions of employees were furloughed, millions more lost their jobs, and even millions more found themselves suddenly confined to their homes, where they would continue their work. The minority of “essential” workers who found themselves still in their traditional workplaces, hospitals, supermarkets etc., were forced to adhere to unknown, unfamiliar protocols in the hopes of containing the spread of Covid-19. Having to work under intense pressure amid circumstances they had been untrained for by their managers, was an all too common problem for workers at this time. Many technologically unskilled, ageing workers found themselves restricted to their homes, having to work with advanced technology they had never had to employ before in their careers. However, this can be seen as being a part of a much bigger problem, one that has only arisen since Covid-19’s arrival, and one that poses arguably the biggest threat to this “new workplace”. That problem is the decline in significance placed on worker satisfaction.

One cannot fault employers and managers nationwide for this occurrence, as they were simply reacting on the spot to the unimaginable obstacles that had suddenly and unexpectedly arisen. However, it remains a fact that worker satisfaction fell by the wayside back in early to mid-2020, with millions of employees disgruntled and angered. Now in June 2021, with collective evidence to show that worker satisfaction may be mixed, employees are expected to return collectively to their offices and desks for the first time by August of this year, in direct contradiction to all previous government advice for the last 18 months. 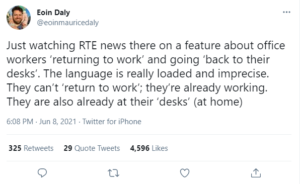 The announcement that workers were to return to their desks in August was met with mixed reviews. Dr. Eoin Daly, an esteemed lecturer on politics, pointed out that the announcement seemed to ignore the fact that workers had continued to remain working during the pandemic. Indeed, this has been a strong reason for employee disenchantment. Many feel underappreciated, ignored, overlooked, something that became highlighted in early June 2021, when Apple employees organized a protest against plans for a September return to the workplace. The divide felt between executives and employees was cited as a contributing factor to the protest. In a letter written by staff members addressed to their employers, workers spoke about how they felt “not just unheard, but actively ignored.”

In July 2020, a statistic emerged indicating that 61 percent of Irish employees nationwide hoped that they would be able to mix working from home and working at the office. This statistic came from a January 2021 article in the Facilities Managers Journal. Taken following the end of the first nationwide lockdown, this data indicates prominently that a form of flexwork is perhaps the most popular method going forward among employees in the workplace.

Given the apparent disillusionment among many sections of the labour force, employers and facilities managers alike will be looking for any methods possible to regain worker satisfaction. Perhaps now is the best time to undergo these drastic changes, to create a brand new workplace to satisfy workers. At the moment, a hybrid workforce seems like the most realistic possibility, supporting a balanced mix of working from home and at the office. But what are the benefits to having a flexwork schedule, and how will a hybrid workforce benefit both parties as we navigate our way through these highly turbulent social times?

For one, in this new workplace, increased flexwork will allow for employees to balance their personal lives better. Choosing their work hours from home, freedom to start and end at their preferred times will allow for better engagement from employees, who will not be distracted as they have already attended to other daily obligations, whether it be taking care of relatives or children etc. As long as employees are being effectively supervised by their superiors, facilities managers etc., then increased productivity is an inevitable outcome.

Yet there are numerous other advantages to having a hybrid workforce. If employees are working from home three out of five days a week, then the number of commutes to work will decline steadily, becoming less frequent. This in turn will result in employees saving more money, easing any initial financial concerns that may have arisen in the immediate aftermath of the first nationwide lockdown. Additionally, less commuting will in itself have a positive environmental impact.

Hybrid Working Is Good For Recruitment

There is also an argument to be made that hybrid working allows for a more diverse recruitment style. With this style of working, employees will not have to worry about relocating to a specific area. By being able to work from home, workers from diverse racial, economic and geographic backgrounds will find themselves with more employment opportunities, with better chances than ever to get positions they would have been unable to obtain before. Also, potential workers who may not be able to attend physical onsite work locations due to a disability will also find it easier to get employed working in this kind of hybrid system.

However, a careful balance of hybrid working is needed to yield productive results. Three days working at home, with the rest of the working week spent in the office appears to be a popular choice for staff when consulted. However, if employees are to return safely to the office, certain health protocols must be in place. According to the HSE, there are a number of things an employee can do to combat the spread of the virus in the workplace. 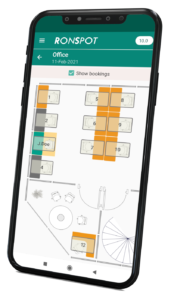 Fortunately, a company like Ronspot understands the significance of hybrid working, and how it may shape the future. Here, we employ an app called Ronspot Desk Manager. By applying this easy to use app, an employee can book their desk in the workplace 90 days in advance. This allows for them to avoid unnecessary contact with fellow work colleagues, ensuring the complete and total adherence to social distancing protocols. As significant an issue as regaining worker satisfaction is, ensuring social distancing and greater protection for employees remains the number one priority for facilities managers nationwide.

It is preferable that employers and employees alike use apps such as Ronspot. With this app, employers are able to effectively supervise their employees’ working hours, ensuring the planned workload is completed, and ridding any fears of indolence, putting facilities managers at ease. This hybrid arrangement maximises the corporate resources to generate maximum results which will allow for this style of working to continue.

It could be argued that in the grander scheme of things, a hybrid workforce presents the best of both worlds for employees. A mix of home and office work to satisfy a workforce that has been divided in the past twelve to eighteen months. This is what this new workplace could offer. Companies are to play a big role in the coming months amid the continuing Covid-19 pandemic, in combating worker apathy and dissatisfaction to achieve productivity. At Ronspot, we have taken the necessary steps to make hybrid working easier, with our user-friendly apps a viable solution to enable to continued smooth transition into this brand new workplace.

Given the strong popularity of hybrid working among the labour force, it seems highly possible that a form of this work style will continue in the years to come. This will be the first step for many companies in regaining worker satisfaction lost during the pandemic. And with increased worker satisfaction comes increased productivity, benefitting respective companies greatly, and in turn, the nation’s economic fortunes. With this, a healthier and happier workforce, with lower staff attrition rates, seems all the more achievable. 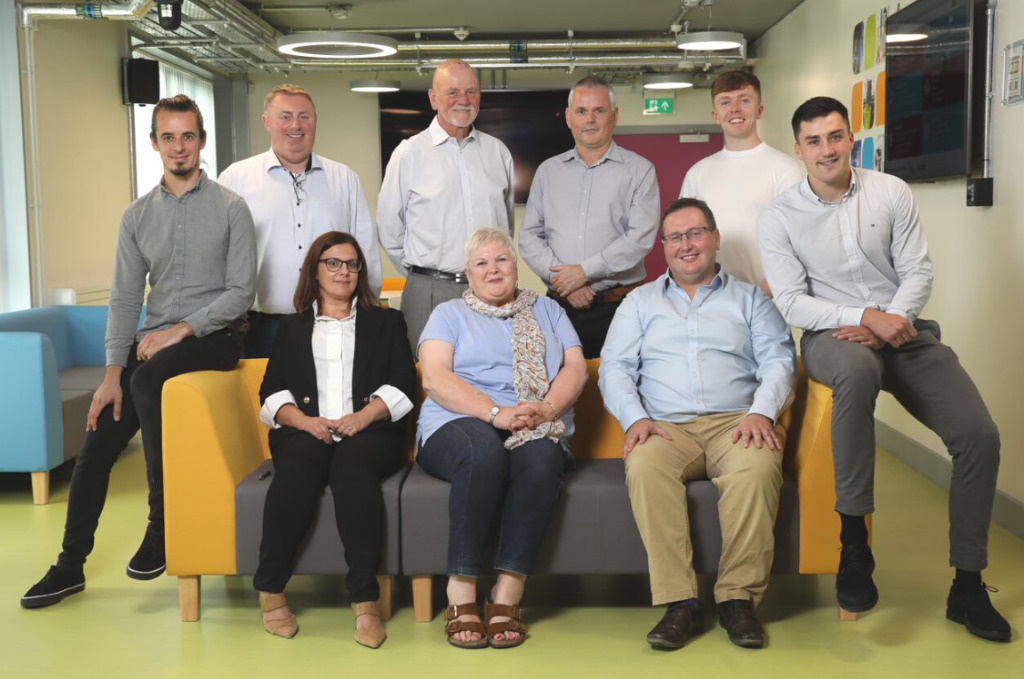 2022 was a very big year for Ronspot. Following the return to offices globally, hybrid working began to grow in…
Company NewsFeatured Posts 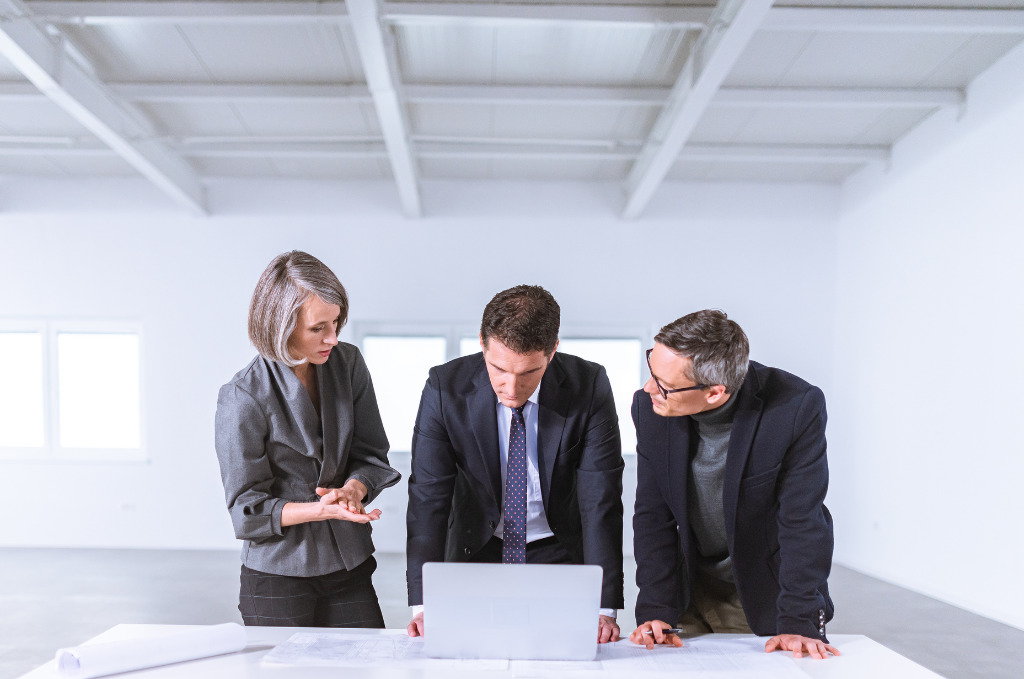 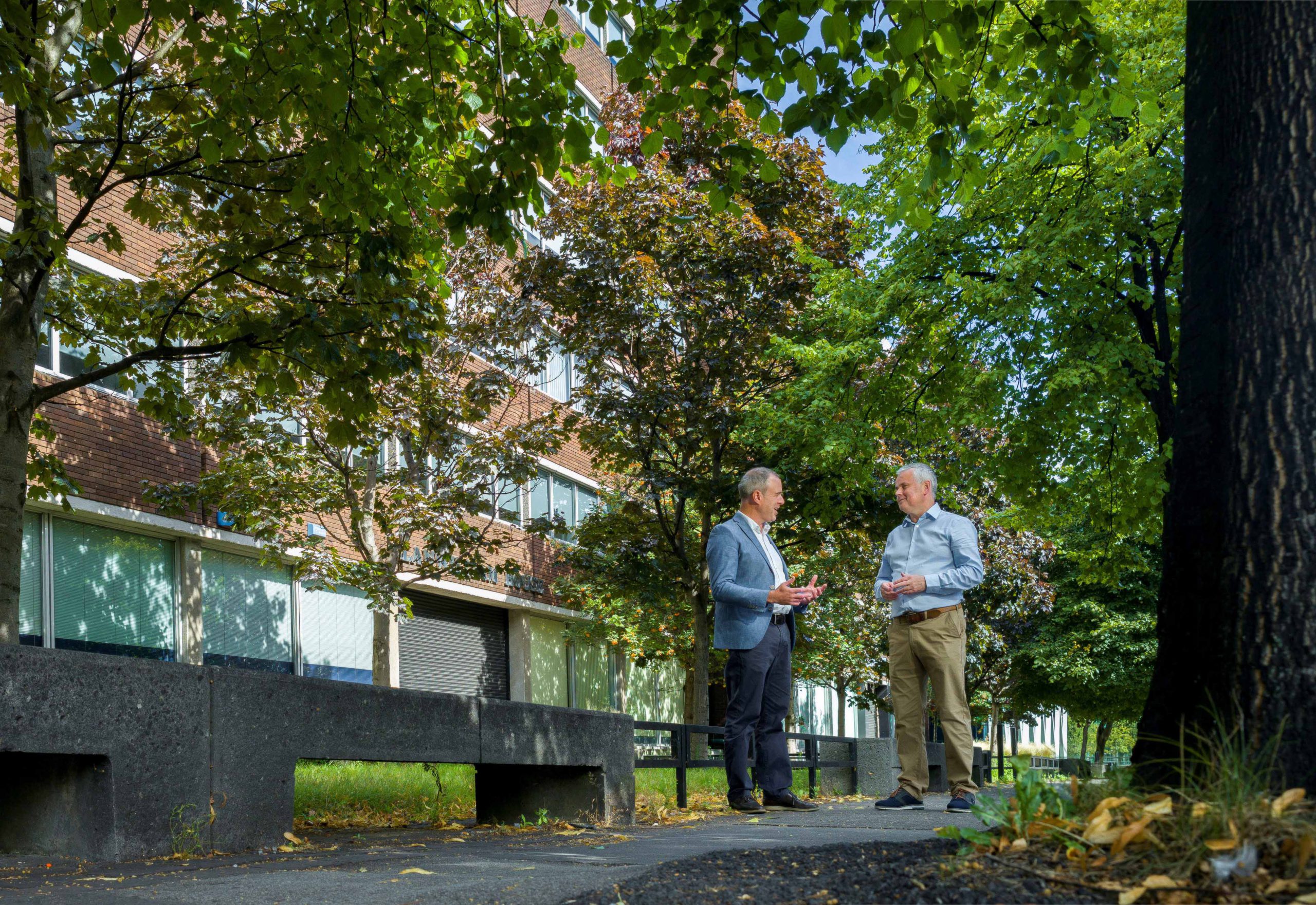